Our commitment in providing the very best in customer service is second to none. Our goal is to ensure each purchase is a seamless and simple process, with one point of contact that can handle all client requirements from the initial enquiry to manufacturing through to installation.We pride ourselves in being able to add value and build long lasting relationships.Staffed with over 60 years combined experience in the portable/modular building industry and having worked with thousands of clients in that time Independent has the experience and expertise to provide solutions for even the most challenging of jobs. 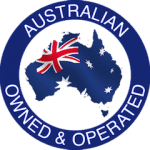 IPB was established in 1994 and is an exclusively Australian owned. IPB relocated from the Sydney metro area and moved to the Central Coast in 2010.

The principals of the Company are:

Rob has been involved in the portable building industry since 1982, has a general ‘engineering’ background so completes many of the drawings required for new buildings to customer or Independent Portable Buildings’ specifications. Rob has been with IPB since 2003 – mainly in the sales, quoting and customer liaison areas.

Prior to purchasing into IPB Rob held the position of state manager for ATCO Structures and Campac Building Systems from 1992 – 1998.

Mark has been exclusively involved in the transportable building industry since leaving school in 1992.

Having worked for such companies as Campac Building Systems, Atco Structures, Ifco Solutions and Ausco Modular, Mark has gained a thorough industry knowledge and now runs the Financial side of Independent Portable Buildings.

Mark and Rob Nalder, Directors of Independent Portable Buildings made the decision to move the business to the Central Coast in 2010. Previously, the IPB business was located in Mulgrave, Western Sydney, with the rationale behind the move being a simple one, as explained by Rob “we had always had holiday homes on the coast and found ourselves, as a family, spending more and more time in the area, so we thought why not move the business to where we want to be”

IPB set up shop in Gavenlock Road, Tuggerah in early October 2010, where the business went through a major growth period.

Before long, IPB outgrew the factory in Tuggerah and purchased a large commercial facility on Mann’s Road, West Gosford and also leased land in Ourimbah.

“We have made a lot of changes to our West Gosford yard. Increased the yard storage capacity and upgraded the facilities. It’s been a great move” The traffic volume that pass us each day is phenomenal, more than 75,000 vehicles a day travel through the Central Coast Highway intersections at Brisbane Water Drive and Mann’s Road. (RMS)

We are trying to build closer working relationships with the community and work with local construction companies and retail outlets. Our core business is predominately targeted to the commercial trade sector. Our clientele is generally in civil construction, mining and infrastructure.

The Central Coast has so much going for it. The development plans for the Gosford Waterfront transformation can’t come quick enough. The road improvements and infrastructure is going to bring more business and bigger companies to this emerging area.

Employing local trades and professionals is important to us. We like to provide opportunities to surrounding companies by using local suppliers for our products. We support the Shop Locally and Support your community campaign and we are 100% Australian Owned and operated since 1994. We have put a number of young adults though Apprenticeships, as well as Traineeships from Office Administration to Electricians & Carpenters.